VBRC2 is an evolved planetary nebula in the southern constellation of Vela, discovered as a planetary nebula by van den Bergh et  al. in 1973, about 3,900 light years distant.  The white dwarf (small central  blue star) is shown in the image.  The nebula is also referred to as Wray 17-31, ESO 166-PN-21 and  RCW 44.  The bright portion of the nebula is circular and about 2.5′ in diameter.  North is up and East is left.  The deep narrowband data also detected an extended halo present in both OIII and [H-a + NII] that expands the size to about 4′.  The internal structure has elongated cloudy structures, and shows a resemblance to my narrowband image of Abell 7.  The central white dwarf DAO (hydrogen/helium-rich displaying Helium ionization) star is one of the hottest and most evolved known for a planetary nebula.  This image is the first to clearly show the extended halo structure, which was discovered by the Galactic Planetary Nebula Halo Survey (GPNHS) team in August, 2014.   A 27′ x 27′ expanded image is shown below. 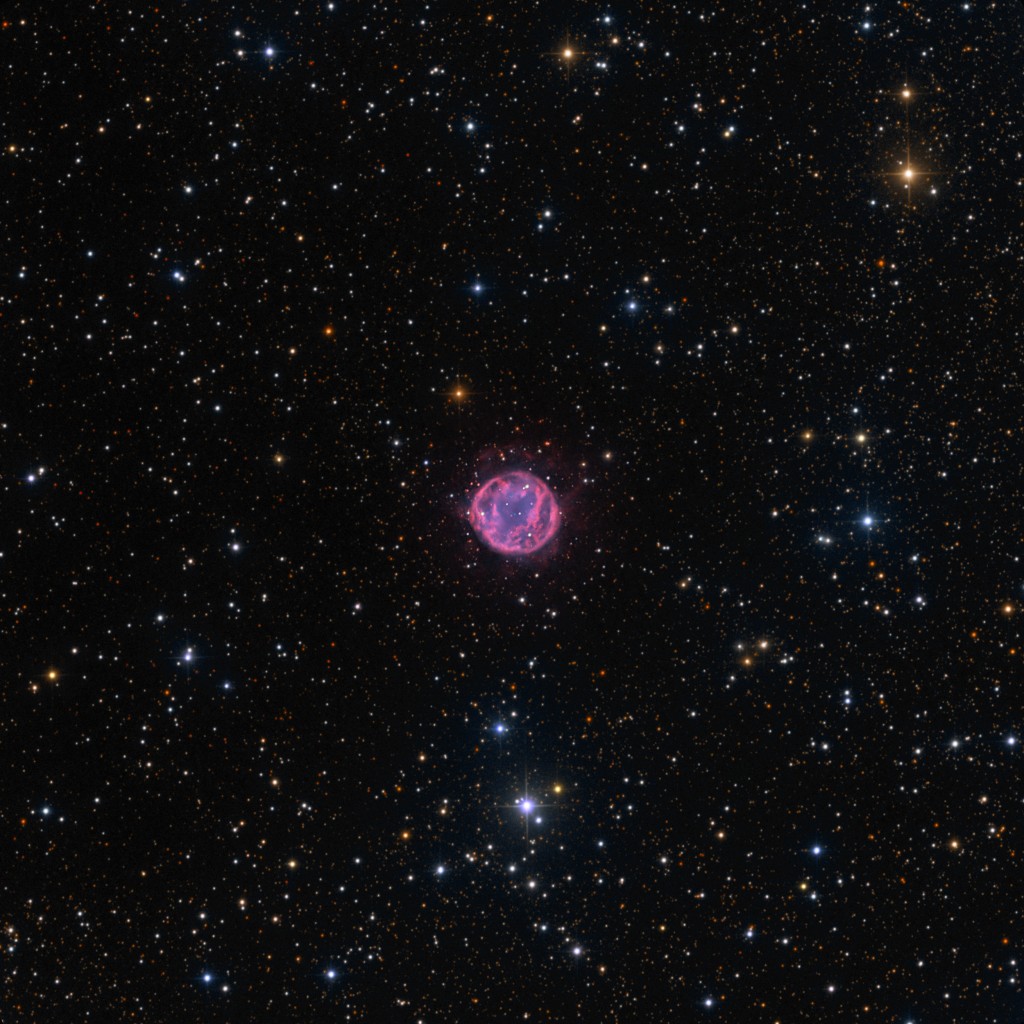