Flying Lizard Nebula near the SMC

NGC 602 is a young, bright star cluster at the edge of the Small Magellanic Cloud about 200,000 light years distant. These are pre-Main Sequence stars with 0.6 – 3 solar masses that formed as recently as 5 My ago.  The star cluster is in the bright emission region near the bottom center of the above image. North is up and East is toward the left in this 29’ x 29’ field. The bright emission nebula that surrounds this star cluster is referred to as N90.  The emission “wings” extending away from N90/NGC602 are part of DEM S167.  It looks like a Flying Lizard to me where N90 is the head.

An exquisite close-up image of this bright region was presented in the Hubble Space Telescope image, where ridges and dust columns are clearly detailed, arising as shock fronts and from sculpting due to radiation from the star cluster. The HST image is presented below (NASA, ESA, and the  Hubble Heritage Team STScI/AURA – ESA Collaboration). 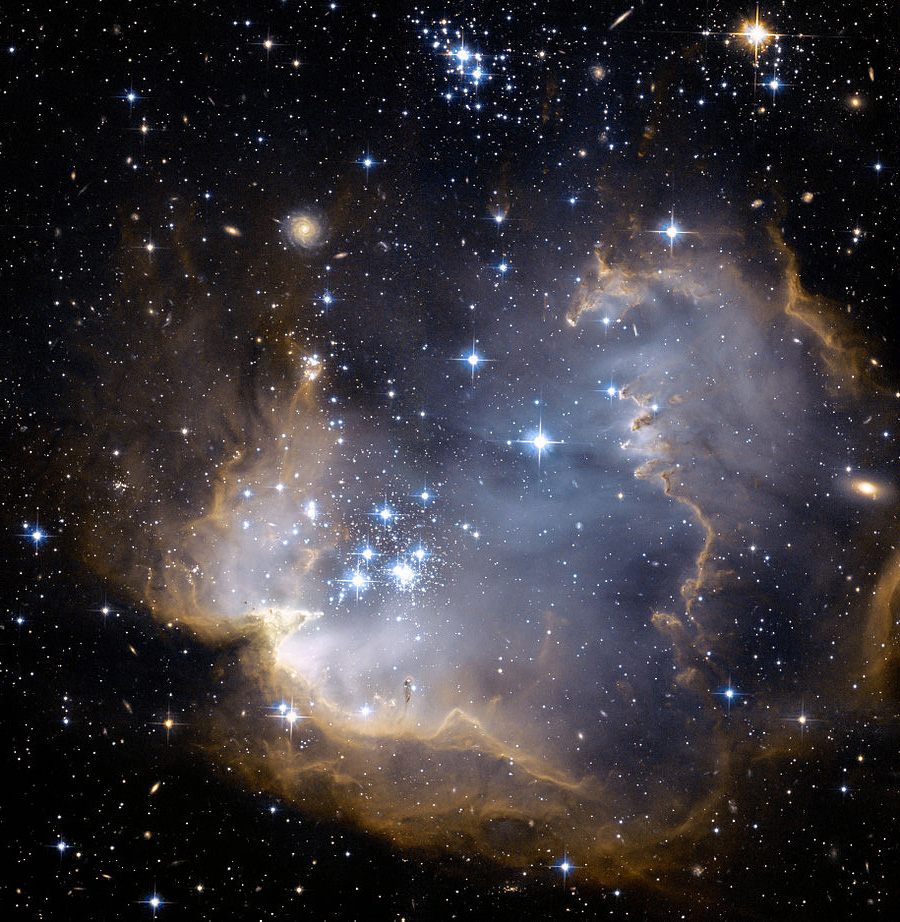 This is also shown in a composite image from ESA below using visible narrowband data from Cerro Tololo and X-Ray data from the Chandra and XMM-Newton satellites.  SXP 1062 accretes mass from its stellar companion, a hot, blue, ‘Be’ star, where the two stars from a Be/X-Ray binary.  If this supernova remnant is related to the explosion that created this new X-Ray pulsar, it’s kinematic age is 20,000 – 40,000 years. Copyright: X-ray: NASA/CXC/Univ.Potsdam/L. Oskinova et al & ESA/XMM-Newton; Optical: AURA/NOAO/CTIO/Univ.Potsdam/L. Oskinova et al. 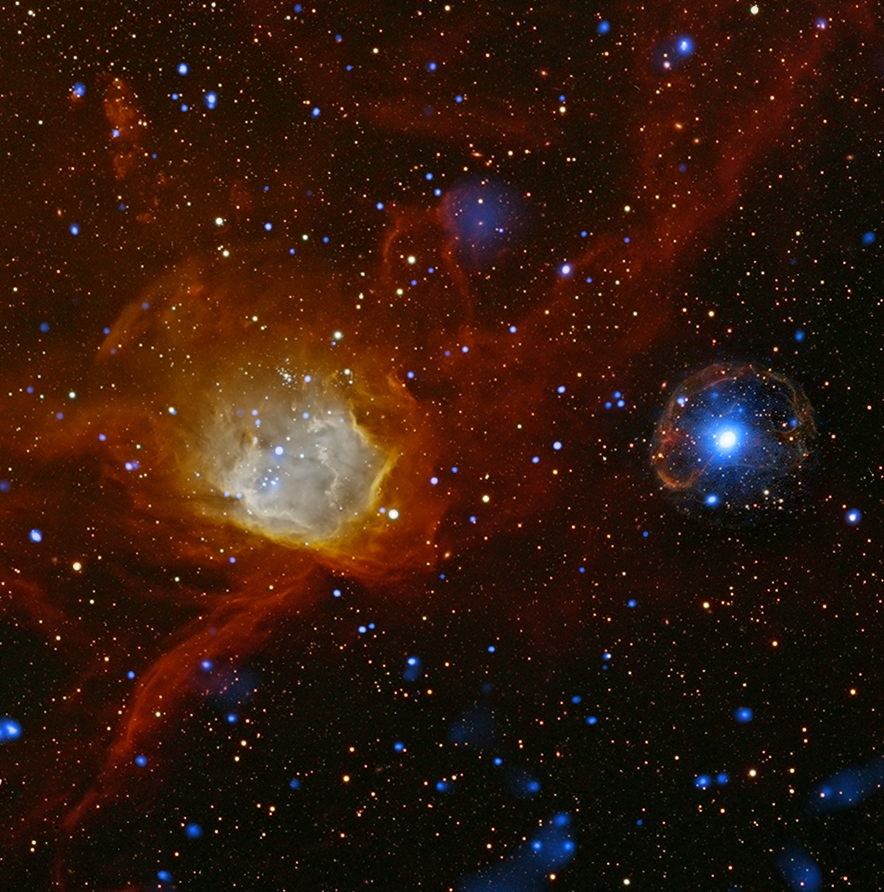 Deep narrowband data from 5 nm H-a + [NII] and 3 nm OIII were taken to bring out the structure and faint detail. These data were processed to produce “natural color”. RGB data were added for star colors.

A wider field is presented below, which also includes the bright emission nebula, N89, toward the upper right (northwest). 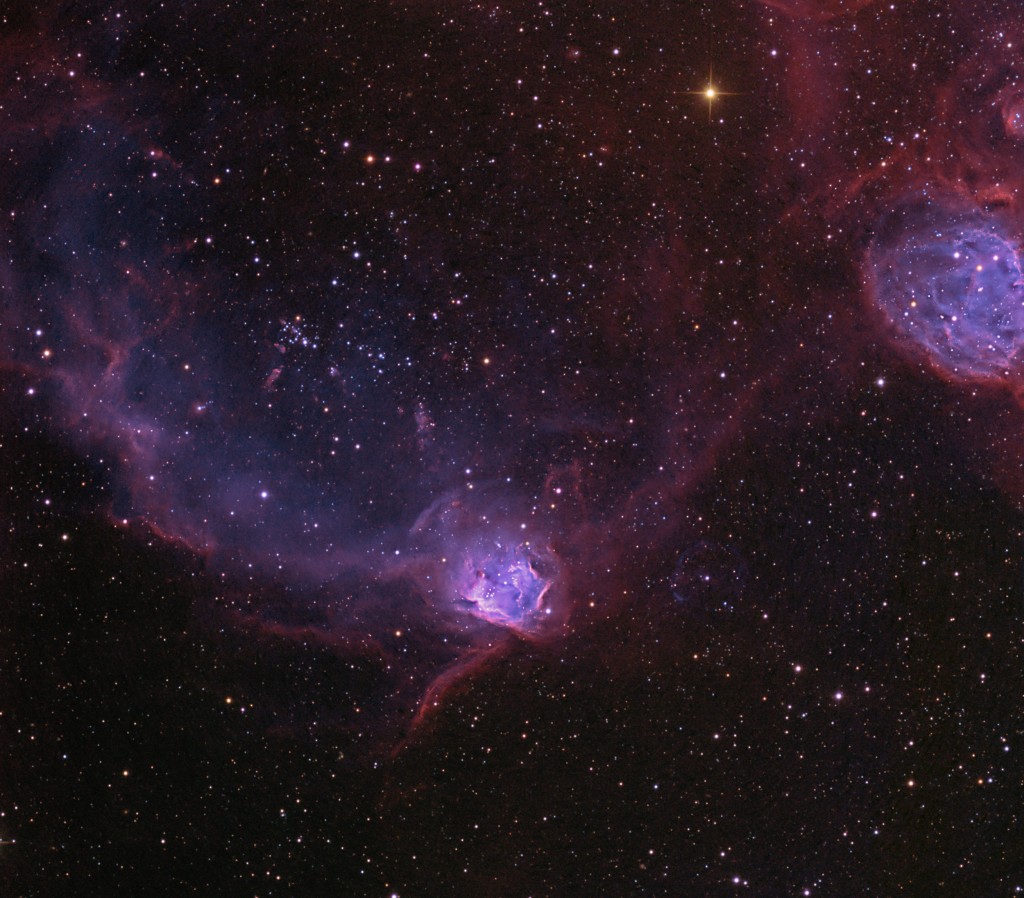