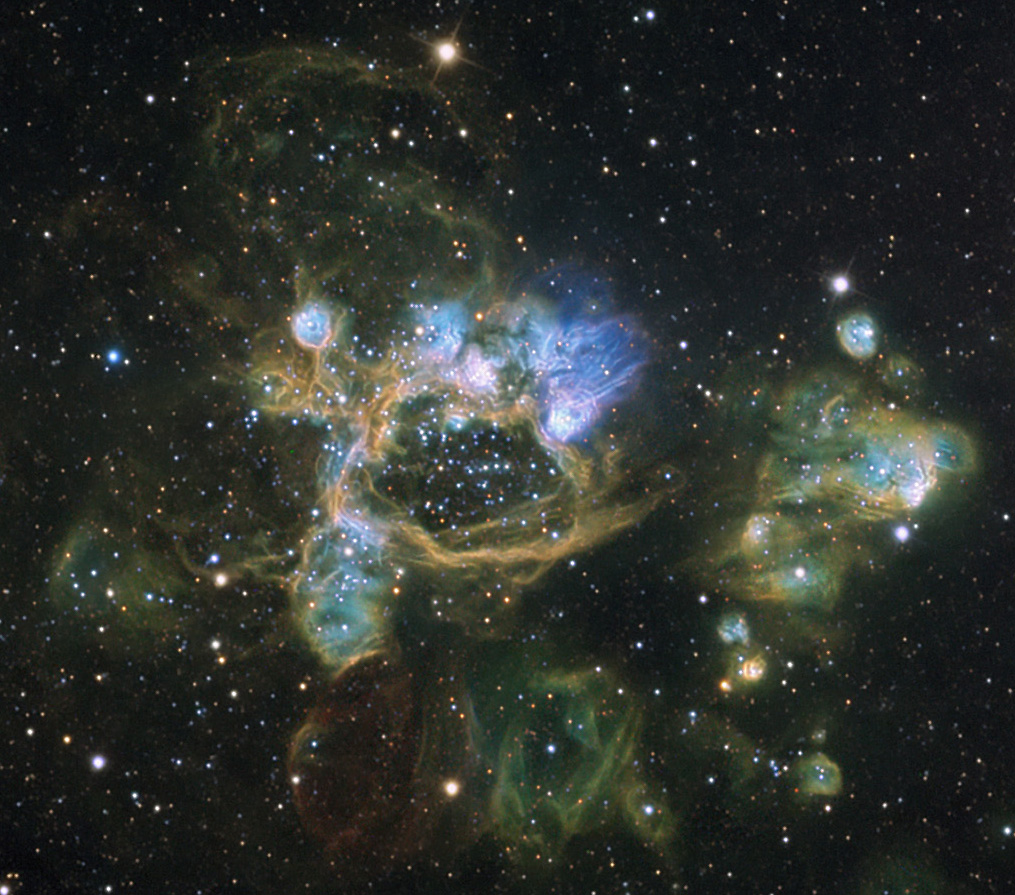 N44 is a large HII region in the LMC about 170,000 light years distant with the size of the "hole" about 250 light years across. It is also designated NGC1929. The large, bluish-white stars in the center of the ring or bubble create enormous stellar winds and form the giant bubble. These stars generally end up exploding as supernovae. It is likely that some of these star have in fact exploded as supernovae, helping to clean out the gases in the central part of the bubble. An X-ray source was found near the center of the bubble, supporting a supernova origin
The link below shows a wonderful view of the complex taken with narrowband filters at Gemini South at Cerro Pachon in Chile, and was awarded an Astronomical Picture of the Day (APOD) on February 6, 2006.
http://antwrp.gsfc.nasa.gov/apod/ap060206.html
Additional narrowband composite images from La Silla taken by the European Southern Observatory (ESO) in Chile is at:

http://www.eso.org/public/outreach/press-rel/pr-2003/images/Phot31/phot-31b-03-normal.jpg
Lastly, I processed an RGB, H-a and OIII image from a 16" scope and Apogee U47 CCD at Cerro Tololo, Chile about a year ago. Details at:
http://dg-imaging.astrodon.com/gallery/display.cfm?imgID=76
This image was taken at Macedon Ranges Observatory (MRO) about 2 hours north of Melbourne, Australia.