The Ear Nebula is a newly discovered, bipolar planetary nebula (PN) in the constellation of Cygnus at RA 20h 50m 5s and DEC +46d 52m 48s, about 2 degrees NE of Deneb. It was discovered from a large H-alpha survey designed to detect new PN interacting with the intersellar medium (ISM) close to the northern galactic plane. The survey is called IPHAS, a term derived from the Isaac Newton Telescope on La Palma (I) Photometric (P), hydrogen-alpha (HA) survey (S). The Ear Nebula has been given the designation of IPHASX J205013.7 + 465518. The object is ~6′ long. North is up and the cropped field is about 23′ x 23′. It was publicly reported in 2009 by Sabin et al., "New Candidate Planetary Nebula in the IPHAS Survey; the case of PNe with ISM Interaction" Pub. Astro. Soc. Australia, Vol 27, page 8 (2009). It apparently was first discovered in 2005 (L. Sabin, personal communication). The bright, curved structure in the center of the "ear" has filaments and bipolar outflow. This inner structure is surrounded by a shell, that forms the outer shape of the "ear". It may be an AGB (asymptotic giant branch – a red giant where helium fusion is occurring around a carbon-rich core) remnant shell, or would indicate a multiple shell nebula. They indicate that the direction of motion is toward the upper right (NW) where the brightest portion of the outer shell is present. The Ear Nebula sits in surrounding background H-a nebulosity
This image represents 16 hours of exposures, including 7.5 hours through 3nm H-a and OIII narrowband filters, and an additional 1 hour of RGB. The image attempts to present the object and field in "natural color" where H-a is mapped to red/magenta (to include the effect of blue H-beta), OIII is mapped to a blue-green or teal color, and the RGB data were combined based upon the G2V (sunlike star) white point for star color. The narrowband data were taken with the moon up. An uncropped 35′ x 35′ image is presented below. 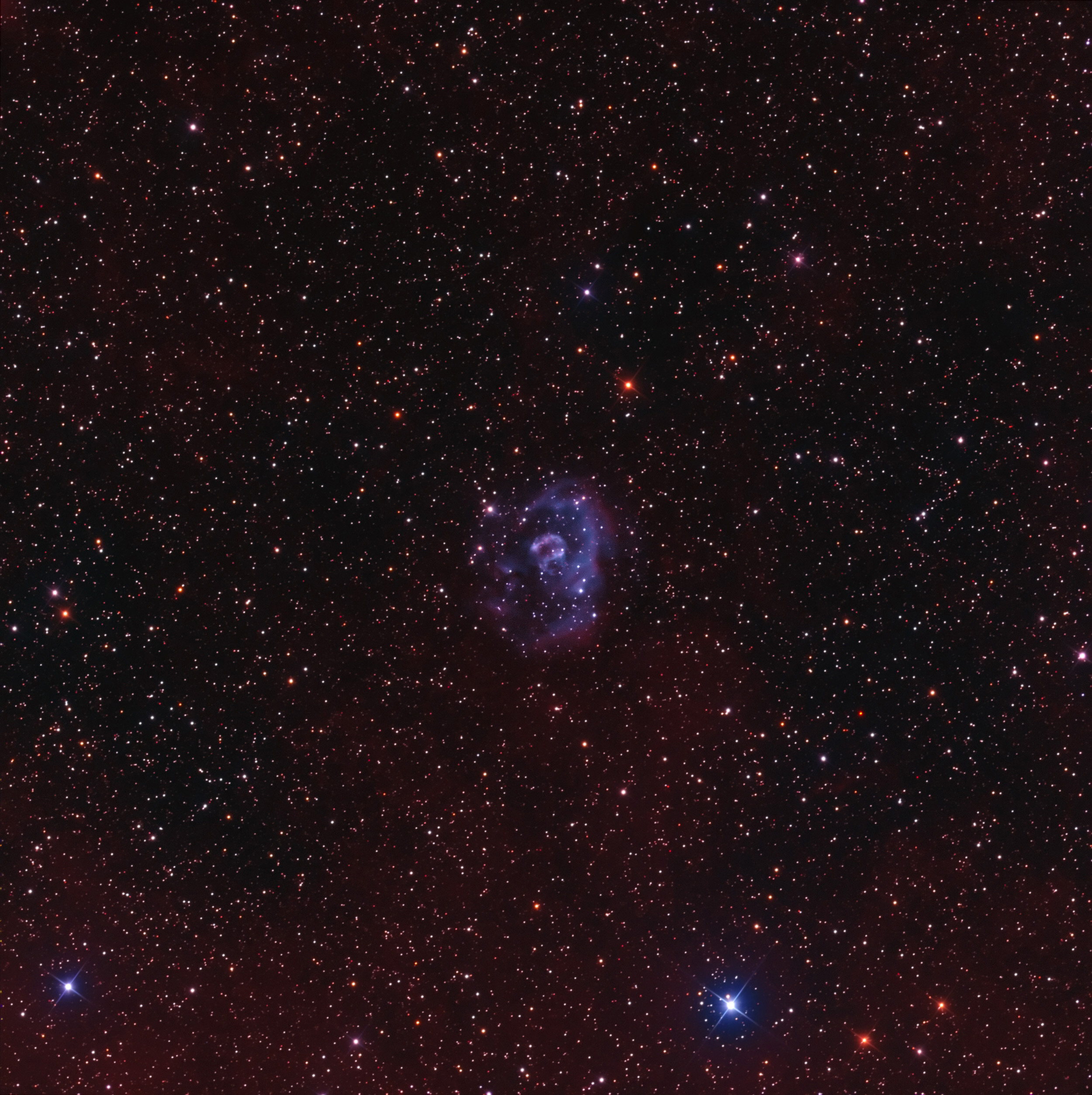